“It does not seem reasonable for us to organize a runway show, under the present circumstances due to the Covid epidemic,” declares Julien Fournié.

“Even if we have carefully respected  all the regulations so far, and would have done the same for the runway show, we do not wish to expose guests at our event to the existing risk of contamination in an enclosed venue. Moreover, respect to the entire chain of collaborators, partners, press professionals who are joining our team to work backstage (models, make-up artists, hairdressers, dressers, photographers, television crews) we would feel responsible – in case  of accidental contamination – for this entire chain of key players who are working intensely during this period, coming and going from one show to the next one. »

To present his “First Love” collection, which takes Haute Couture into the metaverse, Julien Fournié has chosen once more an online film, to be presented on his website www.julienfournie.com and on the digital platform of the Haute Couture Federation hautecouture.fhcm.paris, and many other fashion media, on Tuesday January 25th at 3:30 p.m. (Paris time).

“At the time when we can make the virtual world coincide with the real one, it would be embarrassing for us to create or contribute to a real cluster when our collection is already embodied in a virtual universe.”

As the first Haute Couture designer to include his designs in the metaverse via the online video game PUBG MOBILE – which is bringing together millions of players around the world – Julien Fournié will propose its  players, thanks to an unprecedented collaboration, two complete virtual outfits from this Haute Couture collection to dress up their avatars.

Nothing will prevent Haute Couture customers from ordering their one-of-a-kind outfits after seeing the film of the season. Julien Fournié wil also receive them one by one in his showroom during Haute Couture week and visit them on private trips in a more discreet and secure environment respect to the traditional runway show bringing together a large audience.

After three consecutive seasons without runway presentations for Haute Couture houses and however  difficult it has been to take this decision, Maison Julien Fournié Haute Couture has resolved to favor health security.

“All things considered, we prefer to contribute to the temporary reduction of contacts to avoid filling up intensive care units in overloaded hospitals. We don’t want to spoil everything for a few minutes of a presential runway show. We hope, as soon as possible, to express our joy in organizing and sharing a Haute Couture fashion show without constraints, among which this question of responsibility ranks in the first place. “ 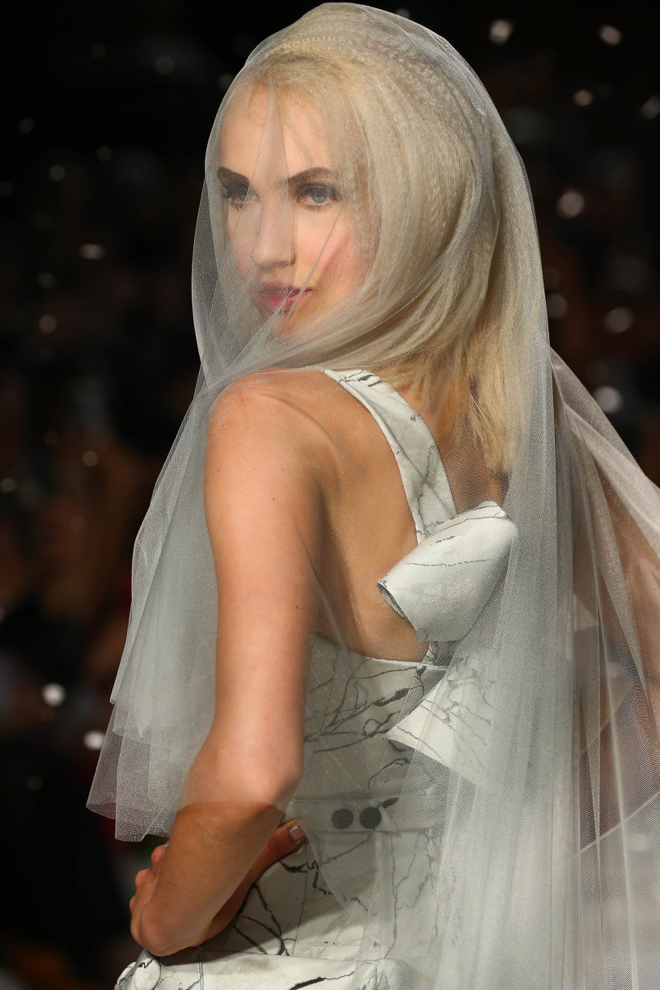